The Federal Government announced Monday that exit classes for Nigerian secondary schools are to resume on August 4, 2020.

A press statement from Federal Ministry of Education signed by its Director for Press and Public Relations, Ben Goong, said the reopening would enable the students to use two weeks to prepare for their West African Examination Council (WAEC) examination scheduled to start from August 17, 2020.

The unanimous decision was reached during a virtual consultative meeting between the Federal Ministry of Education, the Commissioner for Education in each of the 36 states of the Federation, the Nigeria Union of Teachers (NUT), the proprietors of private schools, and Chief Executives of examination bodies. 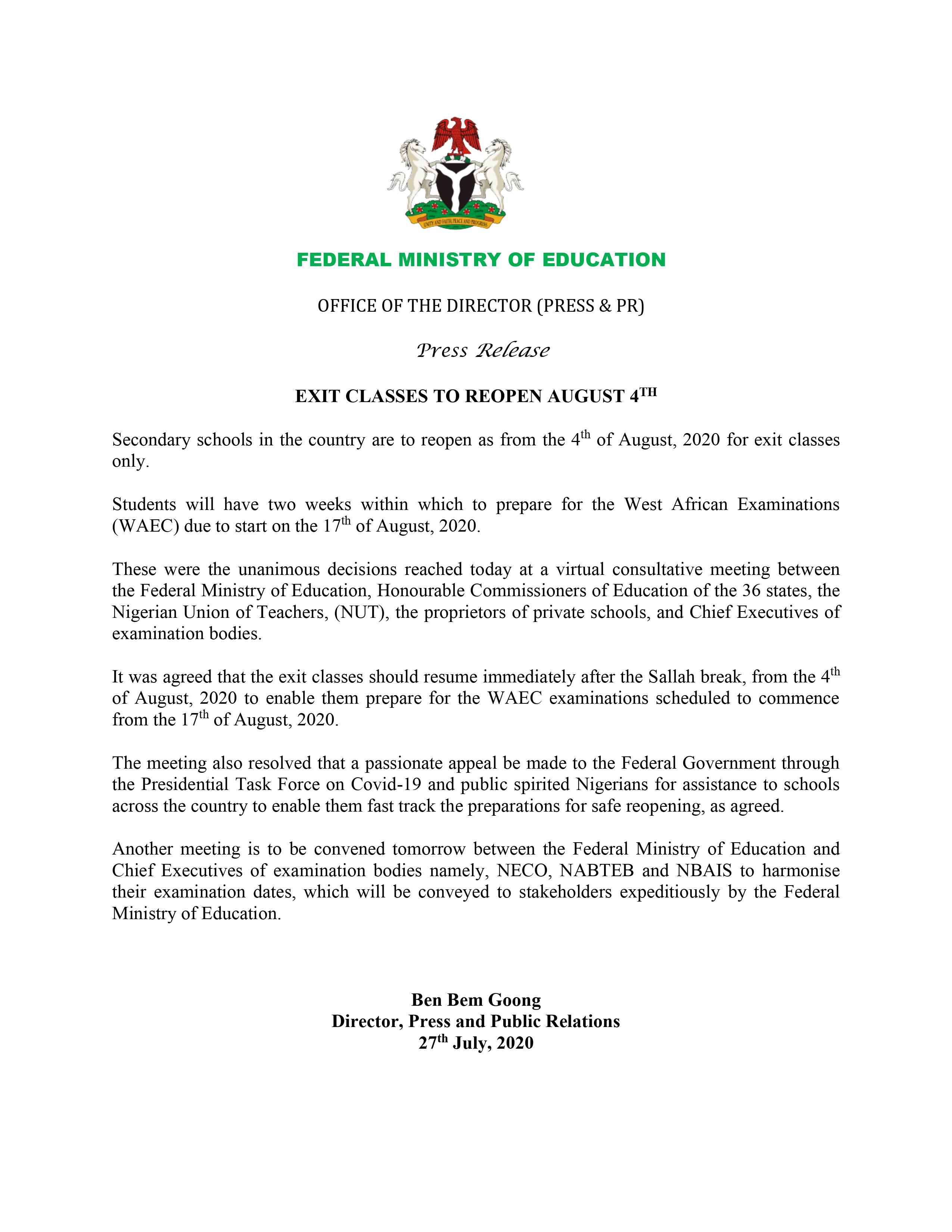 Attendees at the meeting also resolved that a passionate appeal should be made to the Federal Government to assist schools across the country, in order to enable them to fast-track their preparedness for the agreed safe reopening.

The statement also noted that another meeting is scheduled to hold Tuesday, July 28 between the Federal Ministry of Education and Chief Executives of examination bodies namely NECO, NABTEB, and NBAIS.

This is to enable them to harmonise their examination dates, which will then be conveyed to stakeholders by the Federal Ministry of Education.

Recall that some weeks ago, the Federal Government suspended the previously-announced reopening of schools under its jurisdiction.

Earlier, Adamu Adamu, the Minister for Education, had  advised WAEC to suspend its examinations.

Adamu had also urged state governments to toe the line of the federal government because it was not the right time to reopen the schools, noting that it would be preferable for the students to lose an academic year than to become exposed to COVID-19.

Alleged Murder: We Will Not Accept Vague Inquest- LG Boss

Some Of Our Signature Industries Have Become Comatose, A’Ibom NLC Alarms